Didn’t see your favorite SLC pizza slice? We are always expanding this list with the best pizza spots, so let us know where we need to go next in the comments!

Rusted Sun Pizzeria is a no brainer for the top of this list. We dine-in and take-out from this amazing pizzeria once a week. You can’t go wrong at Rusted Sun, whether you choose a pizza or a calzone (if your name is Ben Wyatt). Our go-to pizza is half BBQ chicken/half margherita with a pint of Uinta’s Golden Spike Hefeweizen and it never disappoints. Not going to front here: crust, sauce, and structural integrity play a big part in our best pizza ratings, and coupled with the best toppings, Rusted Sun easily deserves the title of Best Pizza in Salt Lake City.

After years of traveling up to Ogden to visit, we were so happy to see Slackwater finally open a second location in Sandy. Let me sell you on this incredible (now) SLC pizzeria: a beautiful view of the Wasatch Front, outdoor patio seating, a massive beer list in bottles and on tap, and, most importantly, some of the most creative pizza you’ll try in SLC. Sure, you can get your staples. Your pepperonis and margheritas. But you simply have to try the Chicken Tikka Masala pizza with basmati rice, red onions, and masala on top, or the Gyro Trip pizza with gyro lamb, tzatziki, and fresh diced cucumbers.

You might not expect to see Nomad Eatery listed for the Best Pizza in Salt Lake City, but if it’s on Nomad’s menu, you know it’s going to be incredible. There is no other pizzeria in Salt Lake doing pizzas like Nomad. These wood-fired pizzas have some of the most interesting toppings to top a pizza, including sopressata, crimini mushroom, caramelized onion, and pickled fresno chili on the Meatzza, or garlic cream, fontina, EVOO, and a ton of arugula on Salt Plate City’s personal favorite – The Betty White. Check back often as Nomad loves to switch up their menu and they crush it like red pepper it every time.

I’d like to ask the owners of Pizza Nono how annoying it is for food bloggers like us to write hacky headlines like “Pizza Nono? More like Pizza YesYes!” but I concede that it was my first instinct. Pizza Nono graces the 9th & 9th neighborhood with the heavenly aroma of its wood-fired pizza and the groovy sounds of its jazz night (like, actual jazz music – though Utah Jazz star Dante Exum had a pizza named after him and has hosted events on location). This shop might be small, but it’s big on flavor with its locally-sourced ingredients.

If you want New York style pizza in Salt Lake City, Este is the place – specifically the Este Pizza in Downtown Salt Lake. On top of having the coolest location right across from some of the best bars in Downtown SLC, Este provides thin, foldable, delicious pizza that would make a Ninja Turtle cry tears of joy (maybe not Raphael, but definitely Donatello. He’s sensitive – and does machines). And don’t forget to get their garlic knots to start.

You’ll see The Pie Pizzeria at the top of a lot of Best Pizza in SLC lists, and for good reason. The Pie Pizzeria is a Salt Lake institution. Any University of Utah grad worth the ink on their degree and the debt they’ve accrued has walked the steps down to The Pie Underground, graffitied something obscene on the walls, and relished in its greasy glory. Nearly hidden from the street and down a few steps sits the cheesiest, THICC-est pizza in the Salt Lake Valley. The BBQ Chicken Cilantro graduated Summa Yum Laude across the street for its brilliance, and the Thai Pie is the only Asian Fusion meal that’s better than the sum of its parts. The Pie also has vegan and gluten-free options for the Freshmen humanities majors. 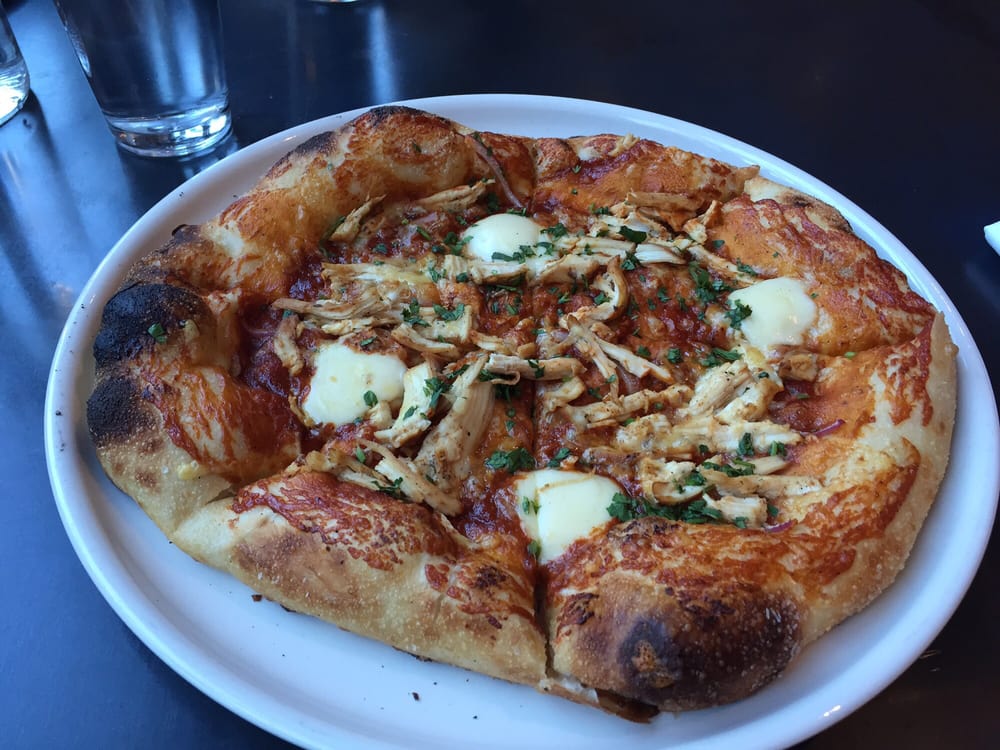 Wood-fired and straight FIRE. From Scratch near the Gallivan Center in Downtown SLC features some of the best artisan pizza the city has to offer. This crispy, gooey goodness is just about perfect. If you aren’t a crust lover, From Scratch will make you one. The Barbecue Pizza features their delicious house barbecue sauce, shredded chicken, housemade mozzarella cheese, smoked cheddar, red onion, and topped with cilantro. 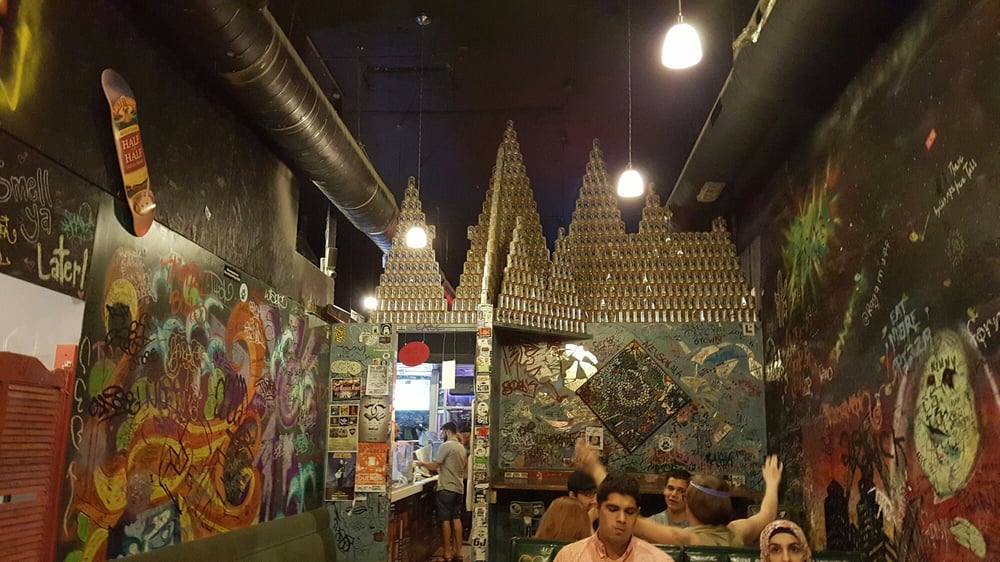 Photo by Dylan A. on Yelp

If you want a quality thin crust pizza with beautiful views of Salt Lake City, Stoneground Kitchen is the place. Stoneground features a rooftop patio with incredible views, perfect for dinner with friends on a summer night. 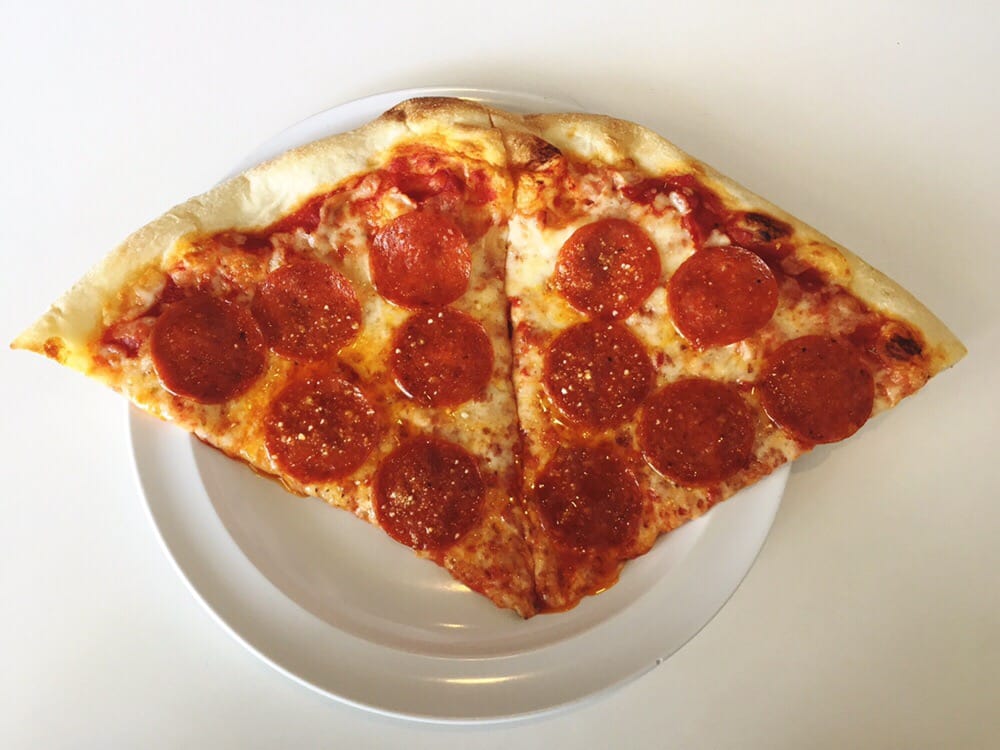 Hey, for New York Style Pizza in Salt Lake City, you can’t go wrong with a place named Big Apple Pizza. When you are craving something cheesy, thin, and foldable, you’ve found your new haven. 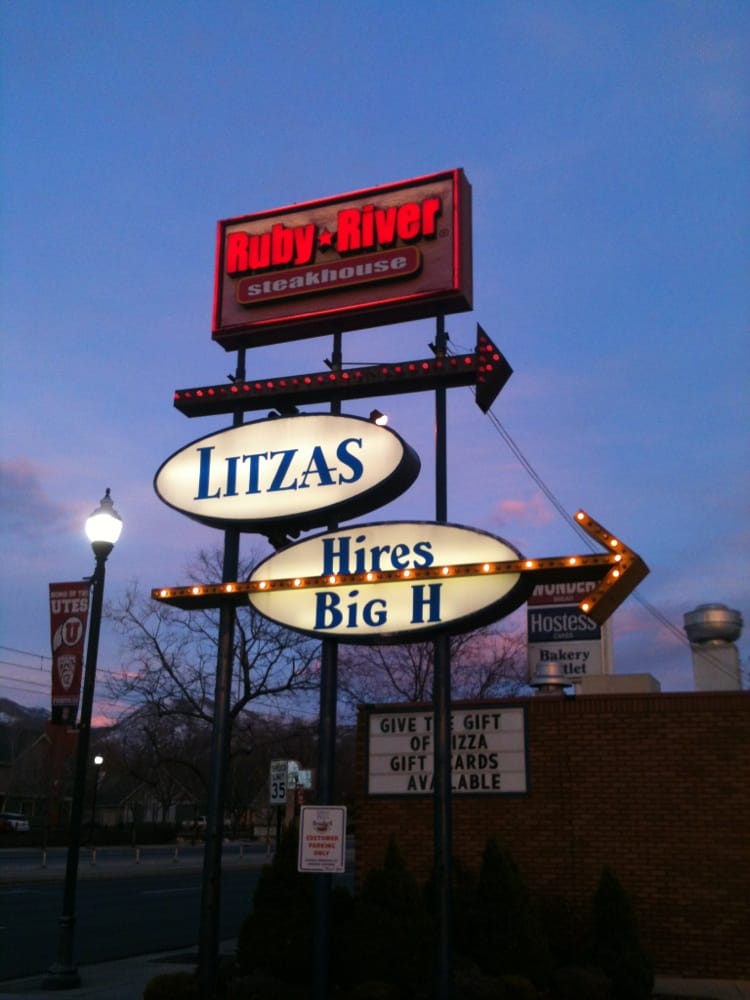 Litza’s Pizza is on this Best Pizza in Salt Lake City list because Litza’s Pizza is as Utahn as funeral potatoes, the best Winter Olympic Games in history, and outrageously restrictive alcohol laws. This place has been here long before my memories kicked in and thus has earned its turns. Pay your respects.

We’ve been going through our salty city and tryi

I don’t think anyone loves pork belly as much as

Nothing cures an empty stomach quite like a breakf

Yakitori or Kushiyaki, whatever you choose to call

@nohmslc recently opened in the awesome space next

A little mid-day pick-me-up from our kind friends

Our 2020 quest of trying all the best Huevos Ranch